Today marks the 70th anniversary of the massacre that the “Free” French forces committed against Algerians in the wilaya of Sétif in May 1945.  This was at the very same time that the victorious Allies in Europe were celebrating their victory over Nazism. During World War II, many Algerians had fought alongside the “Free” French, believing the propaganda they used about “liberty, equality, and brotherhood”. So once it was clear that the “Free” French and their other anti-Nazi allies would be winning in Europe, many of the former Algerian fighters from Sétif, holding their own victory parade in their hometown, held up banners demanding what they had been promised… The French response? A prolonged and very punitive massacre…

My dear friend Landrum Bolling was an American newsman in North Africa at the time. Hearing rumors of the massacre, he went to Sétif to find out what had happened, carving right through all the French attempts to cover it up. You can read a report (in French) of Landrum’s account what he saw, in El Watan today.

I’m very pleased that an interview with him that I blogged ten years ago helped bring his testimony back to public notice… But really angry that my blog archives here have become so corrupted that I can’t find that blog post any more. Darn it. 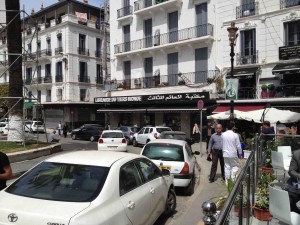 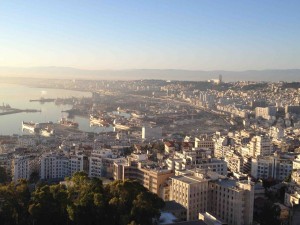